Red Dot on the Ocean Coming to Public TV

Red Dot on the Ocean has been accepted for broadcast on Public Televison. Our Presenting Station is WPBT2 Miami and our Public TV distributor is American Public Television. APT offered Red Dot to national Public Television stations during its November 2015 Fall Marketplace in Atlanta, GA. Stations that accept Red Dot will begin broadcasting on 1 April, 2016. Unlimited broadcasts will continue for two years through March 2018. We encourage  U.S. and Canadian Red Dot fans to contact their local Public TV station and ask that they schedule Red Dot for a local broadcast. There is NO COST to the station.

Thank you to all who made a tax deductible donation. We raised a bit more than the $7,200 we needed to pay the WPBT2 station fee. This fee covers national marketing, closed captioning, PBS Red Book review and preparation for broadcast. 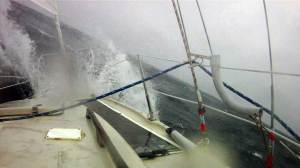 We still have more distribution expenses to come, like insurance, transcripts, and more editing to cut promos and trailers. So you can still help and get a tax beak too. WPBT2, through its parent, Community Television Foundation of South Florida, will continue to accept tax-deductible donations for Red Dot.

To donate, click here and download the Red Dot on the Ocean Donor Acknowledgement Letter, print it, fill it out, and mail it with your check to:


WPBT/CTF will send you a Tax Deduction Letter for the IRS. And we will add donor names to the film credits up until the end of December, 2015 when we must lock the film for spring 2016 broadcast.


Unfortunately, the donation rules do not allow us to thank you with a DVD or other gift (Yup, I know, it’s Public TV and they give gifts all the time during their pledge weeks, but as producers, we can’t.)

Your Donation will help pay additional expenses to put Red Dot on Public TV and into other distribution channels around the world.

Stepping on shore for the first time in 309 days

When you donate, please let us know through our contact form. Join our email list, and we’ll keep you informed of future Public TV air dates and other distribution releases.

If you prefer to support Red Dot by purchasing the film, CLICK HERE to buy your own HD digital copy of the 77-minute theatrical version.

Thanks in advance for you help,
The Red Dot on the Ocean Production Team.