You are browsing archives for

A one-hour version of Red Dot, sponsored by Honda, had its U.S. Public Television premiere on Sunday April 17 in New York on WLIW and in Los Angeles on KCLS. Red Dot is airing on Public Television stations across the country through March 2018. See our calendar for stations, dates, and times. Please check your local listings as schedules sometimes change and new air dates are added. To see if your local PTV station plans to carry Red Dot, see the Red Dot On the Ocean PTV Station List. If your local station is a Maybe or No, or not on the list, an email or call to your local station’s viewer services department can help. Red Dot is available free to stations that subscribe to American Public Television. 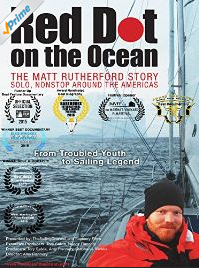 Red Dot on the Ocean is now free with Amazon Prime or can be purchased separately as a rental or download.

And if you like it, please write a review and spread the word. Thanks.

Herb McCormick wrote a very complimentary piece on Red Dot on the Ocean in the January 2015 issue of Cruising World magazine. The title of the piece is “From Zero to Hero.” Check it out!

TheSailingChannel.TV offers a Vimeo HD Video Download of Red Dot on the Ocean. Just click on this link to purchase through TheSailngChannel Sailflix VOD Store:  https://vimeo.com/ondemand/reddotontheocean

Buy through Vimeo On Demand and watch everywhere. Download for offline viewing and get free online streaming with any device: Computers, Phones & Tablets, Streaming Players, and Smart TVs.

Red Dot on the Ocean DVDs

TheSailingChannel is offering Red Dot on the Ocean as a HD download. Visit this link: https://vimeo.com/ondemand/reddotontheocean 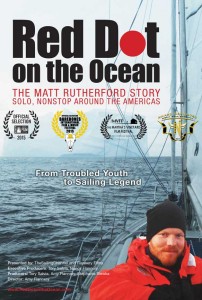 Downloads are now available at TheSailingChannel.tv

The premiere, at the Quad Cinema in NYC, was a grand success and lots of fun. (See photos and reviews below.) We are currently talking with distributors and will post here the results of those discussions. To learn where you can see Red Dot on the Ocean in the future, check this website or subscribe via email for updates (see box in right hand column). 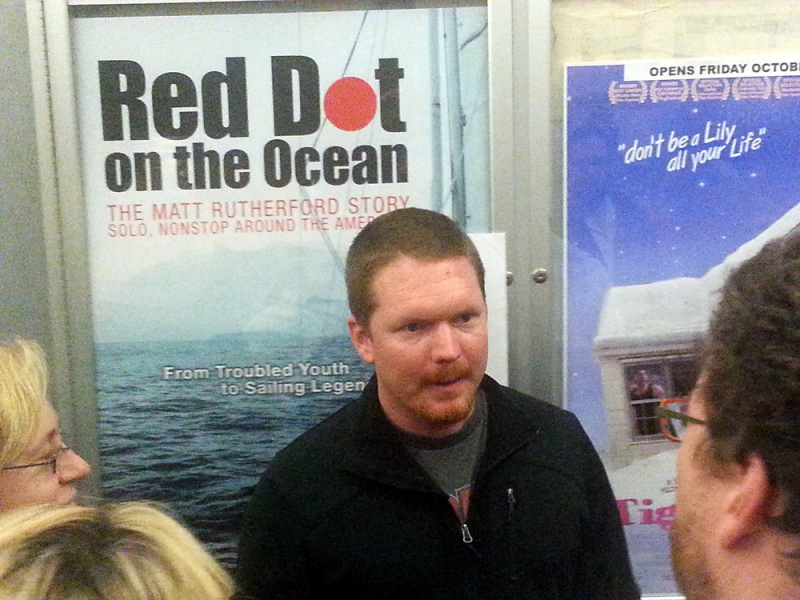 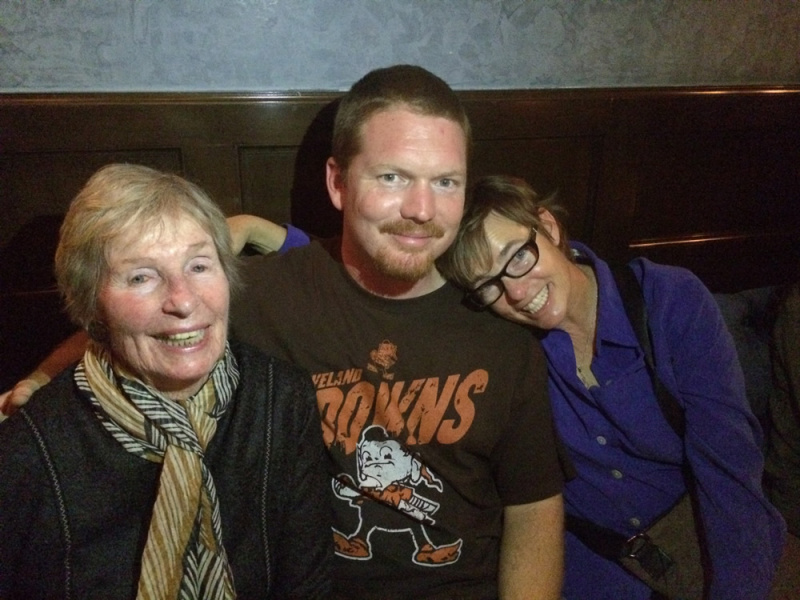 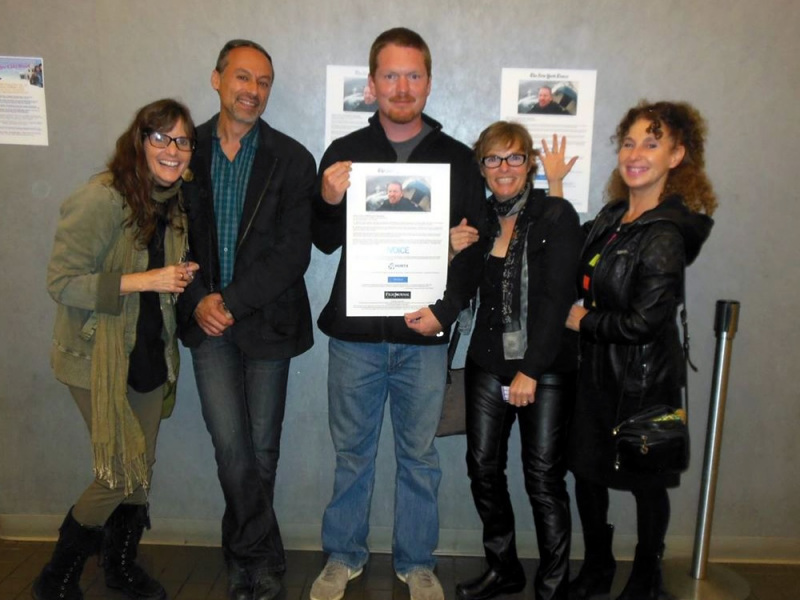 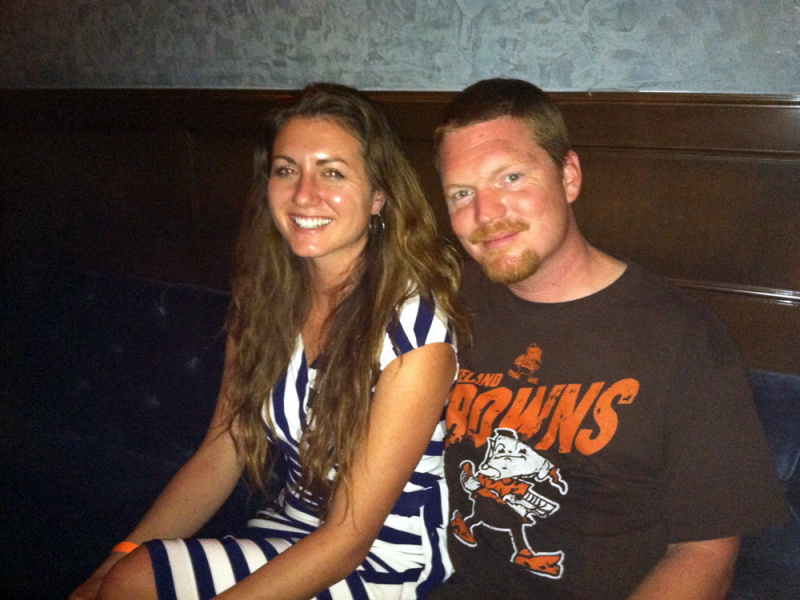 “Endlessly engrossing….It’s hard to get more inspirational than the real-life voyage of Matt Rutherford, a former juvenile offender with five prison stints and a couple of learning disabilities who became the first person to solo circumnavigate the Americas nonstop….Documentarian Amy Flannery gives us a feel for the constant pounding of the waves in rough water, juxtaposed with the dangerous beauty of icebergs….You can’t help but be gratified at this eminently nice guy’s amazing accomplishment. ‘We all have a gift,’ he says. ‘We all have a place in this world.’ And he’s clearly seen enough of the world to say that with some authority.”

“Red Dot on the Ocean portrays the story as triumph over adversity and wayward youth….we learn that he spent part of his childhood in a cult and struggled with ADHD. That condition may have led him to — and helped him thrive in–the adrenaline highs of sailing…. plays like an upbeat, real-life “All Is Lost,” as Mr. Rutherford, with relatively simple sailing equipment, contends with setbacks and the elements.”

“It’s an inspiring tale, to be sure, made more so by his eventual triumph that resulted in, among other accolades, SenatorTom Harkin singing his praises before Congress….Rutherford is an engagingly charismatic, charmingly self-deprecating figure, and his amusing running commentary throughout his voyage makes a nice contrast to Robert Redford’s taciturn silence throughout the fictional, similarly-themed All is Lost. His bravery is matched by his generosity—his journey served to raise $120,000 for an organization devoted to teaching sailing to disabled people. His story certainly deserved to be told…”

“A kid who’s spent formative years in an obscure cult, rehab, juvenile detention, and, ultimately, prison, isn’t likely to grow up to solo-navigate around the Americas in a leaky boat. ButMatt Rutherford did, without stopping, and thanks to the documentary Red Dot on the Ocean, we’re privy to his adventures.”

“Director Amy Flannery balances the footage of the Rutherford’s voyage with background information about his troubled childhood …. both his childhood and his voyage are compelling….The way that he changed his life 180 degrees after being a street punk feels quite inspirational and poignant. Red Dot on the Ocean does have its fair share of thrills to boot … as Rutherford battles the forces of nature, especially in the rough waters of the North [West] Passage where one tiny error can lead to imminent death.”

“In a word: inspiring….It deserves to become a classic….I found myself on the edge of my seat, my heart racing….”

“This is a remarkable film, one of the best sailing documentaries ever produced…. What makes this story so engrossing, though, is that the sailing part is only half the tale…. Matt’s childhood was a nightmare, a brutal combination of drugs, cults, depression, learning disabilities and, ultimately, prison. And his difficult, winding path from troubled kid to bold adventurer and record-setting sailor is truly an inspirational tale that this terrific documentary captures well. Highly recommended…” 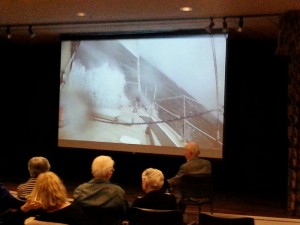 On February 16 we screened the rough cut of Red Dot on the Ocean to our first test audience in Lake Forest Illinois. It was a sophisticated and opinionated bunch who were not afraid to speak their mind. Naturally I was a little nervous. 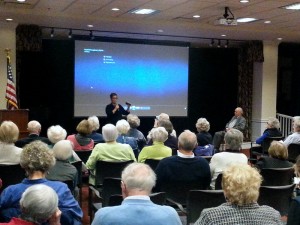 I was overwhelmed with the positive response on the audience questionnaires. They loved it. Many people came up to me afterward and told me they wished they’d invited more friends or their children. I was thrilled to see so many people moved by the work. Many commented on how they enjoyed the fact that it was not simply a “sailing movie.” They were moved by Matt’s backstory and impressed and inspired by all the adversity he overcame in his youth.