A one-hour version of Red Dot, sponsored by Honda, is airing on Public Television stations across the country through March 2018. See our interactive calendar and map below for stations, dates, and times. Please check your local listings as schedules change and stations add new air dates.

To see if your local PTV station plans to carry Red Dot, see Accepting Stations on the Red Dot APT Station List_Update_02618. If your local station is not on the list, an email or call to your local station’s viewer services department can help get Red Dot on the air. Red Dot is available free to stations that subscribe to American Public Television.

To purchase the 77-minute theatrical version of Red Dot on the Ocean, visit TheSailingChannel.TV/reddot

This month (primarily on Sunday 8 September and Monday, 9 September, some 151 public TV stations will be broadcasting Red Dot on the Ocean across the U.S. for a total of 396 telecasts in 98 markets encompassing 38 states. This translates into 64.48% coverage of U.S. TV households. Click here for…

All Station Coverage Map for September 2019 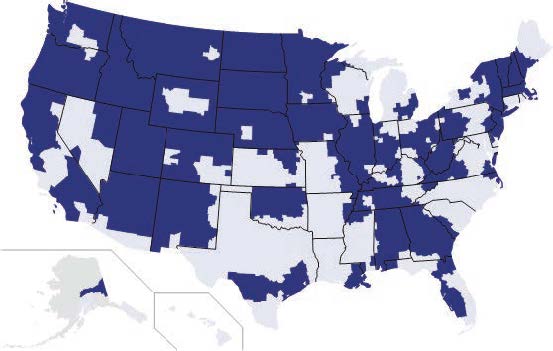 Hover your mouse over a listing for details and the station’s website.
Note: stations shown are just a sample. 151 stations are just too many to post on the calendar. Please click on the Station Listing. It will open in a new tab or window. Then search for your city or PTV station call sign. Use CTRL-F on Windows and CMD-F on Macs.